IBT's Artistic Director/CEO writes about presenting her work Breathe in Rio de Janeiro at the time of the elections.

“It all happened so quickly. On the night of Sunday 28 October in a beautiful Rio apartment between Copacabana and Ipanema we sat with our new Brazilian friends. Journalists, Economists, Artists, Teachers, Intellectuals.

One minute there was hope but the next it was gone as the country’s Far Right candidate Jair Bolsonaro won Brazil’s General Election against the Workers Party candidate Fernando Haddad. In that minute the future became a whole lot scarier both for our Brazilian friends and for the world.

Bolsonaro, won with a campaign marked by fake news, illegal financing, violence and brutality. A more terrifying Leader than even Trump his policies appear to involve crushing Brazil’s social rights and state-owned enterprises whilst freeing up gun laws to enable Brazil to shoot itself out of its current crisis. The likely victims – thousands of poor Black Brazilians, indigenous and LGBT+ communities and left wing activists. Bolsanaro is unashamedly pro-torture, defending the country’s past dictatorship, and is outspoken in his homophobic, racist and misogynist views. How can a man such as this become President of the world’s 4th largest democracy? Within minutes of this devastating election announcement the night is filled with explosive volleys of fireworks, car horns, fast cars and shouting. The first image on the television that of riot police stretching a cordon of shields across a suburban street in Sau Paulo firing blanks into the ground as a crowd looked on.  A Bolsonaro supporter walking his huge black dog defiantly before them, inexplicably confident and draped in a Brazilian flag. A young man beaten senseless with a chair in a bar on Copacabana for wearing his hopeful Haddad sticker.

The following morning what else could we do but dance? As one young dancer said “the threat of violence is all around us. We are on guard all the time. Yet here in this space for this time we can rip our armour off”

Dance your dance of resistance;

Do it for yourself;

Revel in your body, its strength & resilience;

Feel your feet pound the floor;

Your full height and weight;

Throw it all around;

Fill the room with your presence;

Dance as long and as strong as you can;

I am here in Brazil developing a new addition to Breathe. 24 incredible dancers. 12 from Teresina, Piaui, North East Brazil, 12 from Rio de Janeiro. Each one alone in silence. Each one dancing their own private dance of strength and resistance.

Breathe is actually two artworks. The first an intimate one to one encounter; an invitation to push yourself towards– or beyond – your body’s natural limits; to dance from exuberance to exhaustion until you can dance no more.

Breathe is also a sound and light installation of bodies. Over a fortnight as election fever boils Breathe brings these 24 Brazilian dancers together with the echoes of 76 other dancers from across the world. 100 bodies pushed to the limit in a communal dance. From the UK, the US and Brazil, each individual work is a dance of personal defiance and valour. Brought together they form a massive dance of empathy and solidarity.

Throw your body into the fight;

In answer to the question how on earth can the world’s 4th largest democracy elect such a candidate as Bolsonaro, I am told:

This country is built on violence. Our democracy is young, only 30 years old.  Many of the crimes committed under the past Dictatorship have received no absolution, no justice. These crimes tarnish our society still.

In 2016, Brazil had a record 61,819 murders, on average 198 murders per day. The majority of these murders ending the lives of young black men from the poorer neighbourhoods.

Bolsonaro’s brutal language and divisive statements have green lit Brazil’s fascistic and reactionary elements.  In the weeks leading up to the election a transwoman artist and a campaigning socialist are murdered in separate incidents. On the night of the election a man shoots a volley of bullets into the air and a single one hits an 8 year old child. Academics and journalists are threatened under the name of politics whilst the judiciary move to back the new government to save their own careers. When faced with the choice of a moderate social democratic party or the extreme far right, Brazil has opted in support of the latter. It is clear that, for the privileged elite, when the market is threatened, democracy can go hang.

Today in Breathe, Elena shows me a t shirt with the faces of 8 young men murdered in her favela. Her own son is in prison. She works within the Collective Coletivo em Silencio to campaign for social change. Her dance of resistance is slow. She wraps her arms close across her chest and dances as if these boys – her boy – is conjured before her. She grinds her feet into the floor, rocking softly, breathing hard. She looks long and strong into the darkness. The force for change is in her body. Exhausted she drops to her knees. She asks that we use not her name but the name of the collective of mothers of the murdered boys, Rede de Maes de Manguinhos.” 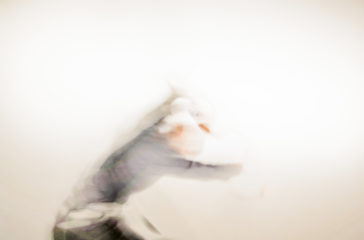 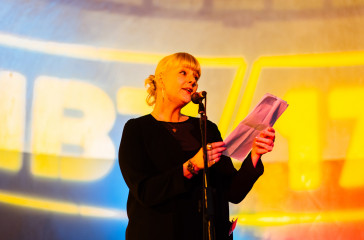 F**k Off Weinstein and All Of Those Like You

Helen Cole, IBT's CEO/Artistic Director, reflects on her experiences during her early career and the courageous women leading the way… 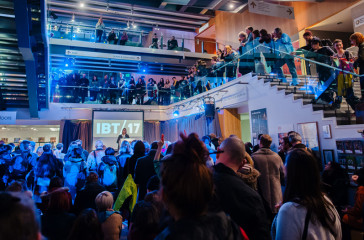 In the development of IBT17 we looked out into our world; a world kicking and screaming towards change. IBT17 gathered…