Across continents and timezones, local DJs broadcast the last hour of their day. Each weaves a unique, orchestrated soundscape based on the live outdoor ambient noise they are experiencing in that moment. From frogs mating, to cities partying, they layer their end-of-the-day recordings, with those from countries where the same day has already finished.

This very special Bristol adaptation has been made for us by Mamoru and his collaborators from Bangladesh, Namibia, Palestine, Japan, New Zealand, Iceland, Germany, China and Scotland. Hosted by our own local radio DJ here in Bristol, we follow a single performer as he wends his way live across our city as the day here draws to its final close.

Joining instructions: Find a quiet spot, bring your pillows, your blankets, your pyjamas and your favourite evening drink…turn off all lights in your room with only 1 candle or low light lit near you.

When I was little and there was an evening power cut my mum used to make a special time. Sitting on the front step with candles, we’d have songs, stories and clapping games. The circle of light we sat in heightened all the sounds outside of it, and gave an elemental quality to everything within.

Creatures fly in from the darkness, moths materialise all downy and stubby while essence of moth still flutters and wafts to haunt the night outside. Fireflies wink in the dark. Noises from places you wouldn’t be going to drift your way. That particular riff from the the Seven Sisters nightclub (well out of bounds) that gets everyone onto the floor to shake ass. The tonk tonk tonk of a night watchman on his rounds. Traffic, voices, churches vigilating, rowdy night insects, attention-seeking frogs. Nights are intense where I’m from. On the tiny stalls of roadside nightmarkets small wicks wink like the fireflies to light up a bunch of penny goods, among them the candles and matches needed for our magic.

The light, the circle of attention and realness, is vulnerable to breach on all fronts and is invaded by hints, promises, suggestions, all them prompting flights of fancy. I think it was genius that At the Ends of the Day asked us to stay in the circle of attention with only a candle. To sit in candlelight as opposed to daylight is like the difference between radio and television. What you see by candlelight are like the pictures radio gives you in your head as opposed to daylight’s television right in your eyes: fugitive, changeable, and with a longer, more shadowy reach. Radio has always worked like this hasn’t it? where the circle of attention is converted to a circle of sound and the pregnant and suggestive darkness beyond candlelight is sensed in radio as physical distance? At the Ends of the Day works in the same way.

Perhaps 19 people made themselves Zoom-visible but whether in pyjamas and actually in bed was hard to tell. Shadows and highlights, here the bridge of a nose, there the outline of a hand, there a wall in shadow, here the light beyond a doorway. The glint off a bottle, the gleam off a mug.

I love my bed. Aside from sleep it’s where I’m at my Netflix-inflected most slothful but it’s also where I go if I really need to think, to gather notions from wherever it is they float and extract from them little knotty strings of coherence that hopefully will fall into meaning on the page – yeah, bed, that’s where it’s at. An apt place to site an incorporeal artwork of imagination, connections and day dreaming. Which artwork also has a particular site-specificity set in a place of drifting off, a place of sending the attention spiralling, tumbling freely through an ecosphere of links and ideas formed around our earth, containing the echoes of millennia, like the ocean.

Bundled up in bed, listening to voices crackling over the ether talking of faraway places along with a strong feeling of weather – because it was absolutely pissing it down on the broadcast walk from Temple Meads into town – how could one not be comforted? I felt rocked into the same space the Shipping Forecast takes me to. Now there’s a conundrum: how calming the warnings of gales at home and abroad. Perhaps it’s the sense of a serene observer who looks out to sea on our behalf warning of fair and foul weather. We must listen alert to possibilities in spite of what we might prefer to hear; there we are, bound together (in Terra’s arms) watching, waiting, listening, aware of each other, alive to knowing our concerns are shared. It’s deeply comforting. 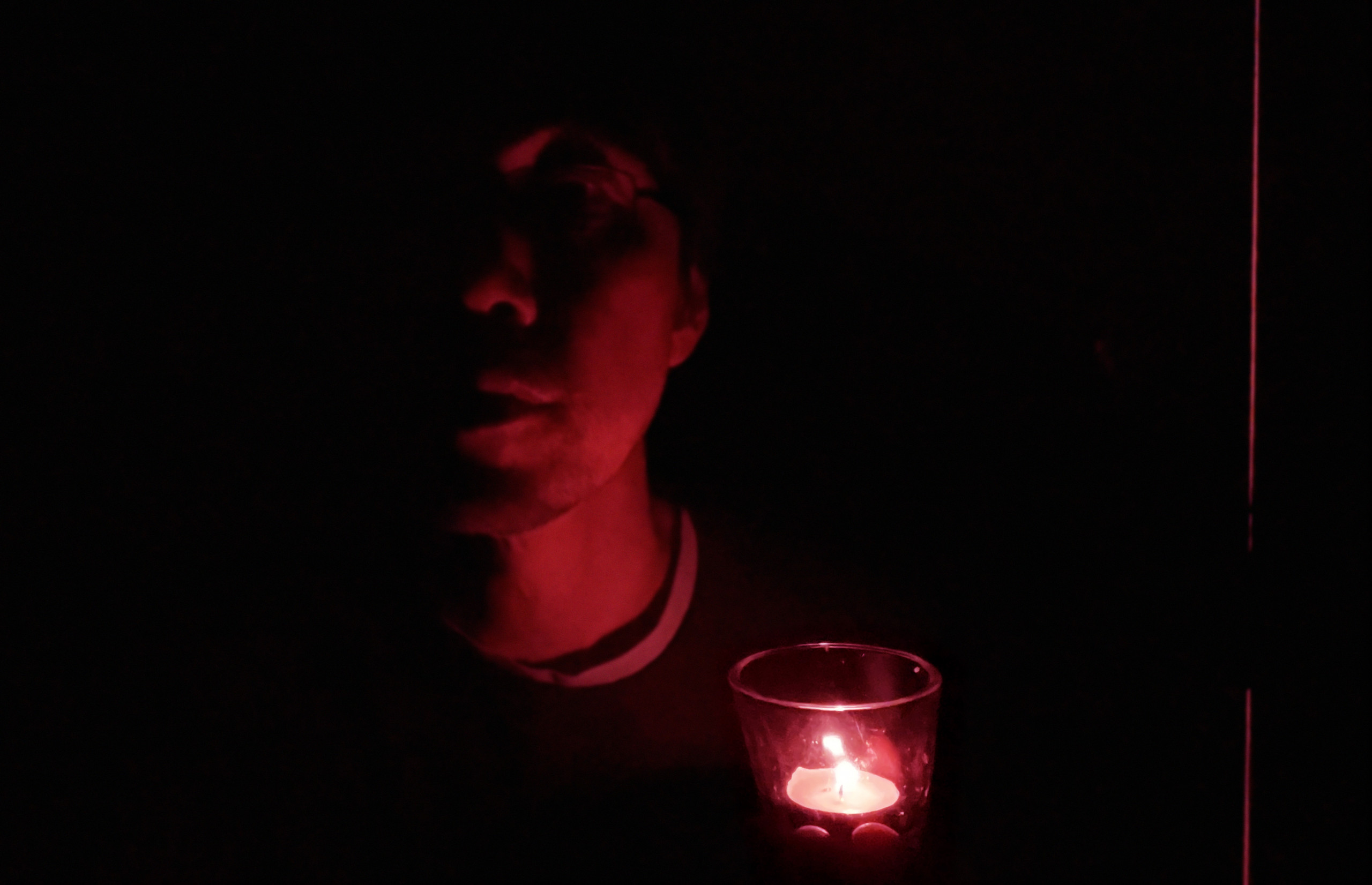 We heard a walk taken near the pull and retreat of waves on a Namibian beach, some lively conversations at a nightmarket in Shanghai, rain and traffic along Bristol streets (glad to be in bed listening to that) street sounds from an overlooking balcony in Dhaka. We heard lots of things.

It was not a precise experience, and neither are my memories. It was random, and unexpected, and global, and also little, particular, detailed. I’m surprised I was reminded so much of radio. Of turning the shortwave dial in the days before DAB when unknown voices would come into focus in unfamiliar languages. One difference is, online these days we don’t have static, that texture of distance and difference, a roughness interposed between the listener and the content that makes the former strain for understanding and gives value, through effort, to any meaning gleaned. But we have a sort of social static through the awkwardness of Zoom (am I too exposed, am I not exposed enough? Do I recognise that person, am I sure I’m on mute? Is this thing even working?) so there was some work involved in being an audience for this work and the analogy with radio continues.

Each recorded piece ended a little abruptly before we got back to our Bristol DJ. But at the last part of the hour she took these pieces and played with them, mixed them and made a composition that rhymed closeness, distance, timbre and cadence, sameness and difference; talking to each other, talking to us.

To conclude the element of water must be mentioned: that’s us, bags of tidal fluid receptive to the memory of the least of our molecules, recycled and reconfigured through aeons of time. Please forgive the conceit (both meanings): we thrum with resonance, memory and metaphor, and this work activated all that for me. These are the three best things I can say about it. There were no fireworks, it was profoundly ordinary. It was lovely. There was so much space inside it.

Folake Shoga is a Nigerian/British artist working out of Bristol, using among other things moving image and sculpture and drawing. Folake has been exploring both practice and critique in Live Art and sometimes writes under the name Osunwunmi, a name that invokes the Yoruba Orisha as exemplar and as inspiration. She is Writer in Residence at In Between Time.

Folake was a member of In Between Time’s Creative Exchange Lab.

Reflections on We Are Warriors